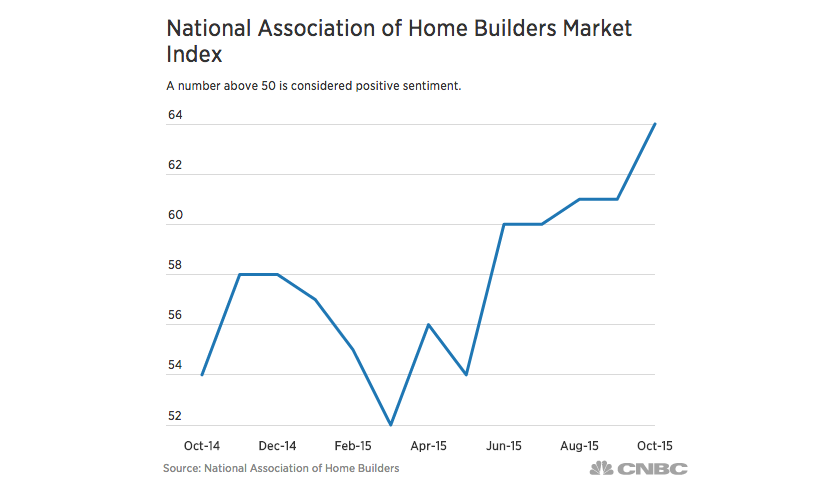 “With October’s three-point uptick, builder confidence has been holding steady or increasing for five straight months. This upward momentum shows that our industry is strengthening at a gradual but consistent pace,” said NAHB Chief Economist David Crowe. “With firm job creation, economic growth and the release of pent-up demand, we expect housing to keep moving forward as we start to close out 2015.”

There’s never been a better time to buy a new home at Springbank of Plainfield! Come check out what our incredible builders have available. Make an appointment to visit today!